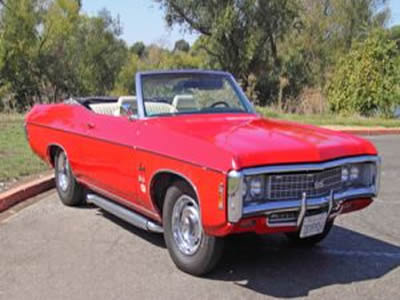 There are a lot of Chevy Cars out there. Chevy has been around forever. They are actually coming up on their centennial, which will occur on November 3rd of this year (2011). They’ve been owned by GM since 1917, which further proves my theory that all automotive companies own or are owned by one another. Anyway, you can get a Chevrolet Car if you want a decent quality vehicle.

Chevy produces all kinds of different vehicles other than cars. They also do SUVs, crossovers, trucks, MPVs, and Vans. But as far as cars go, since that what this blog post is about, chevrolet cars, they currently manufacture 8 different models of chevy cars, the Aveo, Camaro, Corvette, Cruze, Impala, Malibu, Sonic, and Volt. And that is just state side!

Chevy Car Classifieds can be found for many other models as well, so here are some of the models we have reviewed to give you an idea of what kinds of chevy classifieds are out there, and what kinds of Chevy cars are available.

This entry was posted in Car Classifieds. Bookmark the permalink.