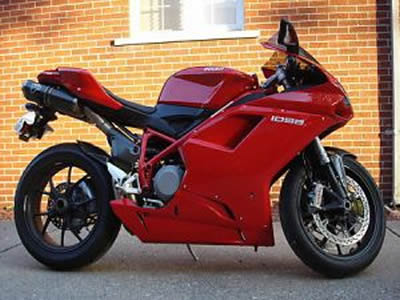 Ducati Motorcycles are just as much about performance as they are looks. Ducati bikes have amazing style! They are like the Lamborghini of motorcycles. Some have said they are unreliable, but a lot of other people are absolutely in love with them. One thing is for sure, Ducati bikes tend to be expensive, so a solid recommendation is to not get a Ducati as your first bike. Get something cheap and more of a throw away as you begin your experience in the bike world. Then, when you have spent some time and gained some detailed knowledge in bikes, that would be the time to consider a Ducati motorcycle.

The current Ducati Bike Line Up by class and model:

Some older models that are good to look for if you want a used Ducati Motorcycle are the 748S and 749. So far, we have reviewed only a few Ducatis on our site, but like every vehicle, we will review more as time goes on!

This entry was posted in MotorCycle Classifieds. Bookmark the permalink.